From now until June 23, PM11:59, the COJICA TOYS MECHA CHIRABO (TOY-PEOPLE.COM EXCLUSIVE) limited edition will be opened for registration.

MECHA CHIRABO (TOY-PEOPLE.COM EXCLUSIVE) limited edition is a fully handmade item by the director and the designer of COJICA TOYS Hiramoto Kaiju, including prototype, painting and LED lighting function. This piece is made of fully transparent body, painted from the inside and the outside, the body structure, wafers and wires of MECHA CHIRABO are showing a new and unique translucent visual effect. This is the masterpiece that you will not want to miss!
MECHA CHIRABO メカチラボ
One day, Japanese scientists discovered the underground continent in the depths of the earth. They decided to send an investigation team to explore.

Surface countries on the ground assembled excellent scientists to form the Super Science Team (Earth Defense Force), which not only completed the connection tunnel with the underground continent, but also built the latest scientific base there.

However, the dinosaur kaijus also came to surface through this tunnel, and made the Super Science Team in great trouble several times.

Later, based on the successful capture of CHIRABO ("Goro" sold by MEDICOMTOY), the Super Science Team successfully developed the "MECHA CHIRABO", which is equipped with eye beam, abdominal missile, nose 120mm machine gun, W rocket on the back (during flight), tail motor (snorkeling) , and so on.

When explored the underground continent, MECHA CHIRABO suddenly was attacked by the large dinosaur kaiju Spinodon. The head of the MECHA CHIRABO was completely destroyed, the body was greatly damaged. Returned to the base in a difficult situation.

► Read more：Designer Interview: COJICA TOYS
MECHA CHIRABO (TOY-PEOPLE.COM EXCLUSIVE) limited edition
Product size: 24 cm high
Material: Soft vinyl, with LED light up function.
Price:150 USD(Including shipping)+3.9%(PayPal fee)
■Registration time: June 17, 2019 ~ June 23, PM11:59
■International Lottery results published: June 26, 2019
※Winner announcement letter will be sent to all winners, and others will not be notified.
※Payments outside of Taiwan are only available for using PayPal.
【Precautions】
1. This product is completely hand-painted by Hiramoto Kaiju, so there may be some differences between individuals.
2. There are very few variants of the secret version that are sent randomly. If you don't like the secret version, we accept the refund and cannot accept the exchange.
3. The registration of the lottery will be deemed to have agreed to all the above rules, and the TOY PEOPLE NEWS reserves the right to sell and modify the final. 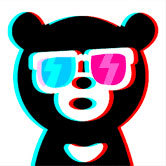